Since the humble beginnings of rehearsing with his first band in the family garage in the Highlands, Barry has gone on to perform with many successful bands from Scotland. Taught and inspired by his Dad Nigel, he then went on to learn Scottish folk music with Feis Rois – An organization that teaches and promotes Scottish Traditional Music. Taught by legendary Highland guitar players Jim Hunter, Terry Small and Jim Michie, Barry took on his own style of guitar playing that mixed traditional tune playing and accompaniment with other influences of rock, funk and later electronic music. Enjoying great success with his first band Croft No. Five, Barry went on to perform with many other bands, including The Lauren MacColl Trio, Treacherous Orchestra, Halcyon and now with new electronic outfit Event Horizon. 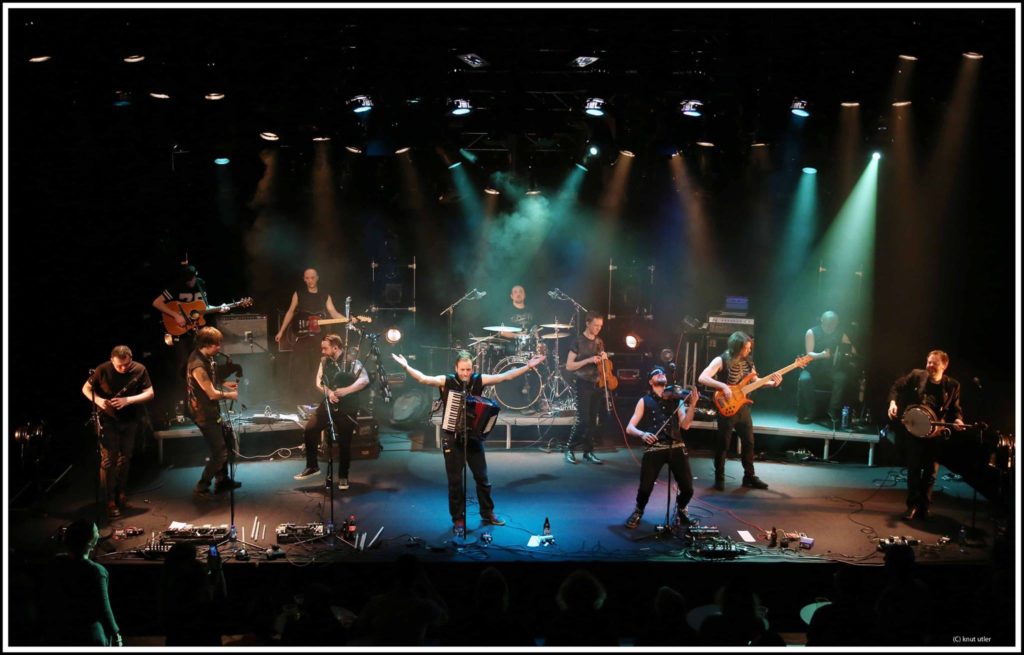 Barry has played guitar with the 11 piece folk big band called Treacherous Orchestra since the beginning – A band of musicians from the length and breadth of Scotland and Ireland, that converged in the melting pot that is the vibrant music scene of Glasgow. See the Treacherous Orchestra website for more details.

Barry is also a member of the Glasgow Guitar Colloquium, led by Innes Watson. All GGC music has been composed by Innes – originally for his New Voices piece for the Celtic Connections festival in Glasgow. As well as Barry on guitar, we have of course Innes Watson,  Ali Hutton and Mike Vass. Accompanied on Bass by Duncan Lyall and on Drums, Alyn Cosker. A new album with all the music will be released In December 2018 so stay tuned.